From the video description:

In 2009, thousands of Internet users were asked to remake “Star Wars: A New Hope” into a fan film, 15 seconds at a time. Contributors were allowed to recreate scenes from Star Wars however they wanted. Within just a few months SWU grew into a wild success. The creativity that poured into the project was unimaginable.

SWU has been featured in documentaries, news features and conferences around the world for its unique appeal. In 2010 we won a Primetime Emmy for Outstanding Creative Achievement In Interactive Media.

We can’t thank everyone enough for making this such a special project.

Bateman: “It’s in the works; the grownups are trying to work out the numbers. David’s very expensive now, but we’re trying to work some sort of a back-end position that he’s comfortable with.” It’s mostly Hancock talk until about halfway, and then David Cross shows up. 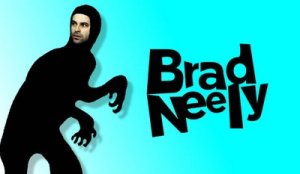 Tonight, Monday, and next Thursday only, the Alamo Drafthouse downtown will be showing a Brad Neely Animation Showcase. Brad’s the guy from Austin who came up with the Harry Potter spoof ‘Wizard People Dear Reader’ as well as the Cox and Combes George Washington video (NSFW). He also does a whole bunch of funny stuff over at SuperDeluxe. Drafthouse says:

We’ll have a selection of Neely’s funniest animations as well as an introduction and Q&A with a guy that the Pentagon has called “the most dangerous man in the world.” OK, I made that up. He’s really, really funny though and if you miss it you’ll be sad.

In other Drafthouse news, I’m heading to the Monster Rock Sing-Along tonight at the Ritz. Come on feel the noise.

It’s a smart, warm, funny, cute movie that will have you smiling as you leave the theater.

Just head over here and get it. It’s normally $20, and it includes the Pro codec and converter.