Found via GraphJam, where they have some pretty funny graphs in the same vein as the previously posted hip hop graphs. Well, I thought this one was funny, at least:

“I used to be an honest person; but now I don’t have to be. It’s just so much easier this way. I’ve gained a lot of productivity by not having to think about doing the ‘right’ thing.”Todd J., Investment Banker

UPDATE: Blogoscoped has all of the Google April Fool’s jokes listed. There are some good ones!

The Google Talk blog reports wants to help lower CO2 emissions and starts reducing the characters you send… by converting them to instant-messenger-speak. For instance, the sentence “As far as I’m concerned, you can give me the twenty dollars you owe me when I see you later.” will be automatically translated to “AFAIC, U can gve me the 20 $$ YOM whn I CUL8R.” before it reaches the other person. You can already see how your texts will translate thanks to the working en2im@bot.talk.google.com bot.

This is what would happen if celebrities lived in Oklahoma. Ashlee Simpson, for example: 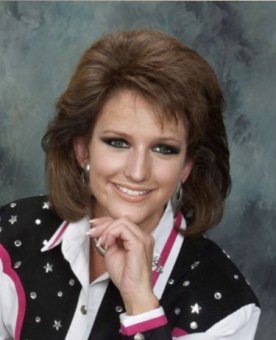 On 3 March 2008, in a popular TV show, Sanal Edamaruku, the president of Rationalist International, challenged India’s most “powerful” tantrik black magician to demonstrate his powers on him. That was the beginning of an unprecedented experiment. After all his chanting of mantra magic words and ceremonies of tantra failed, the tantrik decided to kill Sanal Edamaruku with the “ultimate destruction ceremony” on live TV. Sanal Edamaruku agreed and sat in the altar of the black magic ritual. India TV observed skyrocketing viewership rates.Everything started, when Uma Bharati former chief minister of the state of Madhya Pradesh accused her political opponents in a public statement of using tantrik powers to inflict damage upon her. In fact, within a few days, the unlucky lady had lost her favorite uncle, hit the door of her car against her head and found her legs covered with wounds and blisters.

India TV, one of India’s major Hindi channels with national outreach, invited Sanal Edamaruku for a discussion on “Tantrik power versus Science”. Pandit Surinder Sharma, who claims to be the tantrik of top politicians and is well known from his TV shows, represented the other side. During the discussion, the tantrik showed a small human shape of wheat flour dough, laid a thread around it like a noose and tightened it. He claimed that he was able to kill any person he wanted within three minutes by using black magic. Sanal challenged him to try and kill him.

Someone’s been eating Hall and Oatesmeal.

They ride around on a tritecycle.

I lol’d at many of these. The ratings are actually useful, too.

It wouldn’t have been as funny if she had just punched her:

She’s standing there in her overpriced workout clothes–you know, the kind nobody wears to actually work out in, they just wear around town to make it look like they’re oh-so-health-conscious. She has one of those stupid little pink leather purses that should have a dog in it, and an armload of magazines about pilates and yoga; her hair is that expensive streaky blonde that’s all the rage in people trying to look young and hip. She’s making fake small talk with the adorable pierced-and-tattooed boy en flambe, and taking forever to decide what she wants, talking herself into and out of a piece of cake about five times.

The woman is now weighing the pros and cons of having skim milk versus two percent milk in her latte, and she says, “God, I don’t know, I just feel so, like, fat today. I feel like such a big fat cow.”

Then she turns to me, and she says, GET THIS, “How do you stand it every day?”

You really have to read the story for the retort. It’s pretty awesome.

On August 6th 2007, Mark Gagliardi drank a bottle of Scotch…

And then discussed a famous historical event.

It’s kinda how I remember it from high school, but with more Michael Cera: